This year alone, more than 1.6 million new cases of cancer are expected to be diagnosed. While cancer can strike at any age, it is largely a disease of aging with around 78 percent of all cancer cases diagnosed in people age 55 and older. So it’s not surprising that the incidence of cancer will grow–reaching 2.4 million new cancer cases by 2035. And the costs will increase accordingly–from $290 billion in 2010 to $458 billion in 2030.

Fortunately most experts agree that this is an exciting time in cancer research. A rapidly expanding understanding of the molecular basis of the more than 100 different types of cancer is allowing for major breakthroughs in how we prevent, treat, and cure cancer. Treatments are becoming increasingly personalized for the patient and use groundbreaking technologies that, even as recently as ten years ago, seemed like science fiction. The field of immuno-oncology uses the body’s own immune system to fight the cancer. This is causing a significant paradigm shift in cancer treatment and may soon be considered with surgery, radiation, and chemotherapy as a standard part of cancer care.

Because of the progress we have already made in fighting cancer, the 5-year survival rate has increased 40 percent in the last 40 years. There are now nearly 14.5 million people in the U.S. living with a history of cancer. And the gains from this progress are not limited to the patient. One study found that investments in cancer research since the 1970s have generated $1.9 trillion in value to society overall. And scholars at the University of Chicago have estimated that just a one percent reduction in cancer-related deaths in the U.S. would be worth an estimated $500 billion to society from the increased quality and productivity of longer lives. 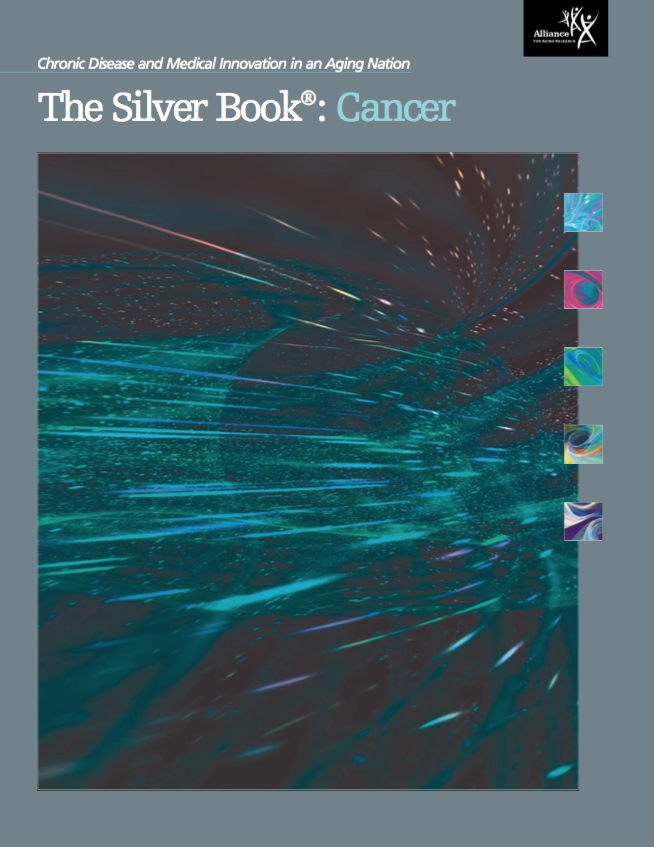